R14.0.4 is the fourth maintenance release of the R14.0 series, and is built on and improves the previous R14.0.3 version.
Maintenance releases are intended to promptly bring bug fixes to users, while preserving overall stability through the avoidance of both new features and major codebase re-factoring. 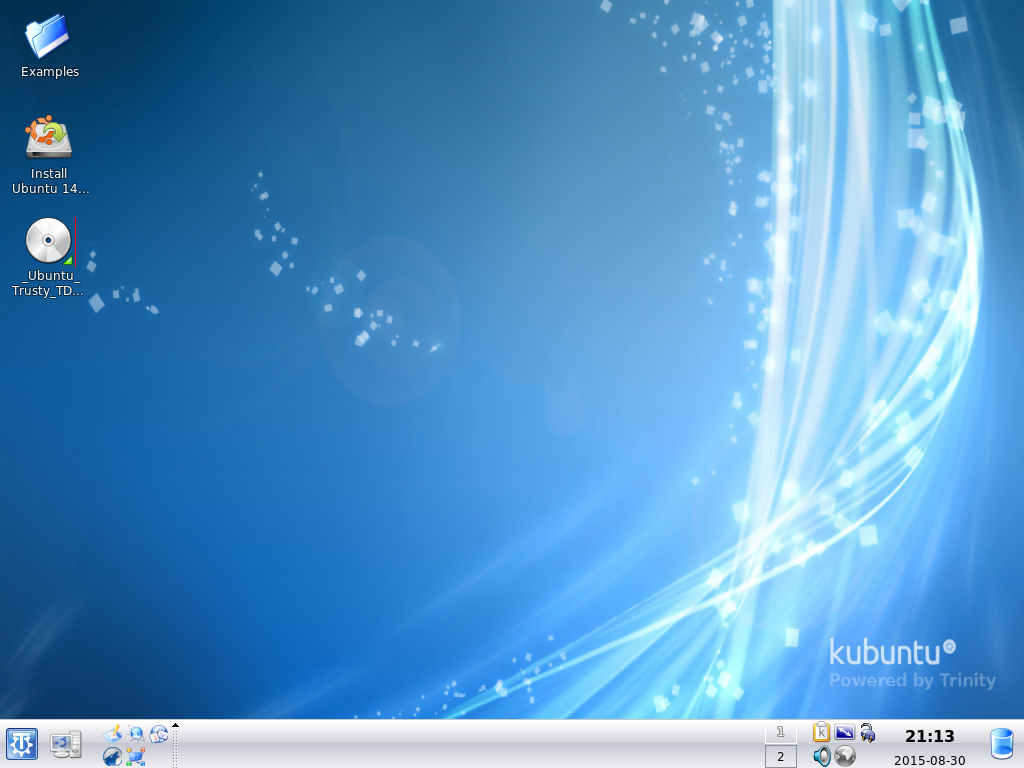 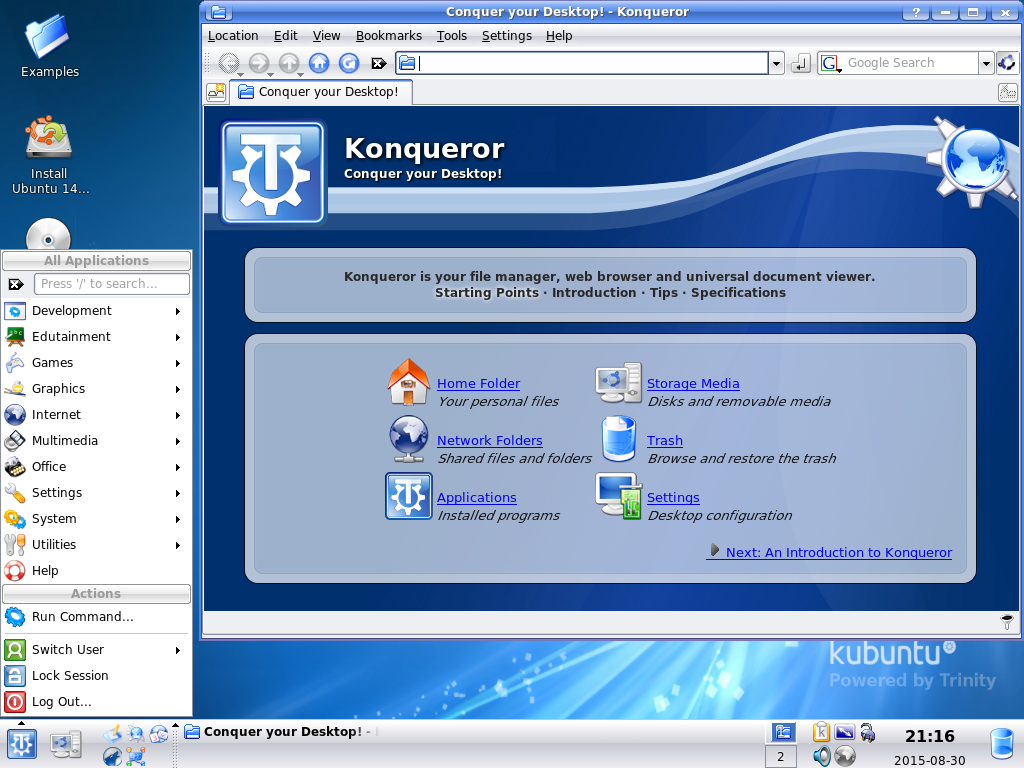 Support for FreeBSD is still partial and some new issues have arisen with the latest versions of FreeBSD. The TDE team will try their best to improve support for FreeBSD but progress will probably be slow. Additional developers or contributors willing to help porting the remaining features and applications are always welcome. 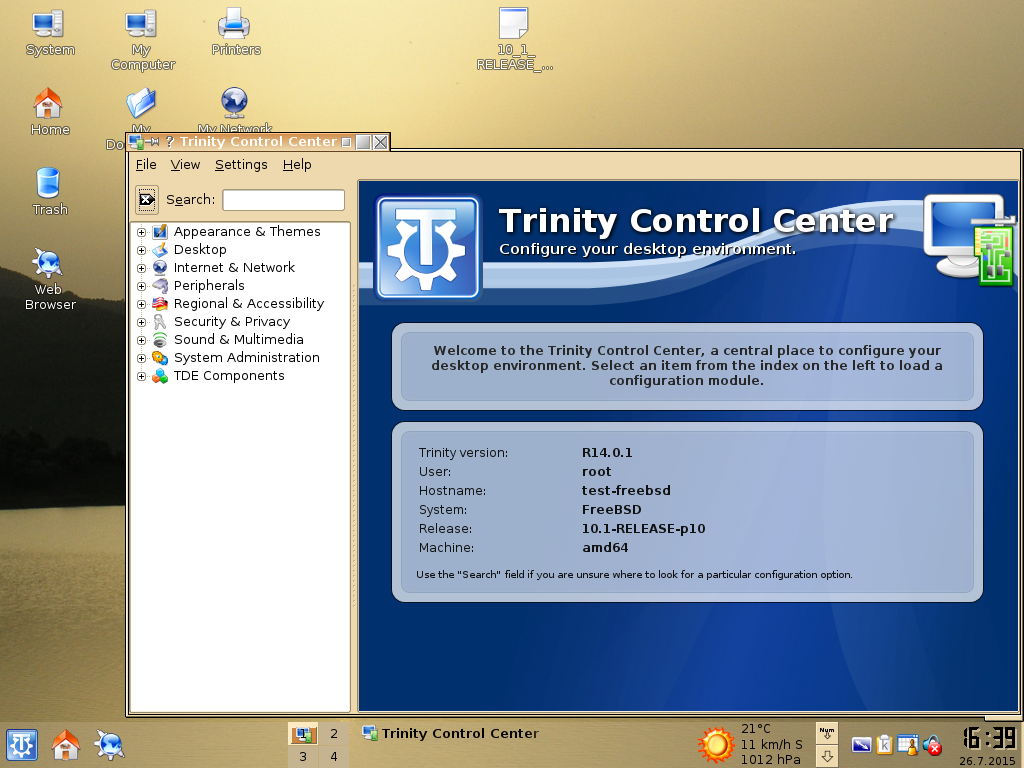 Live CDs with TDE R14.0.4 preinstalled are available on the LiveCDs page.

Feedback from our users is an integral part of a large, user-experience oriented project such as TDE. Whether you want to report a bug, suggest an improvement or simply let us know your opinion about TDE, please feel free to contact us. Two good places to start communication are the project's mailing lists and bug tracker.