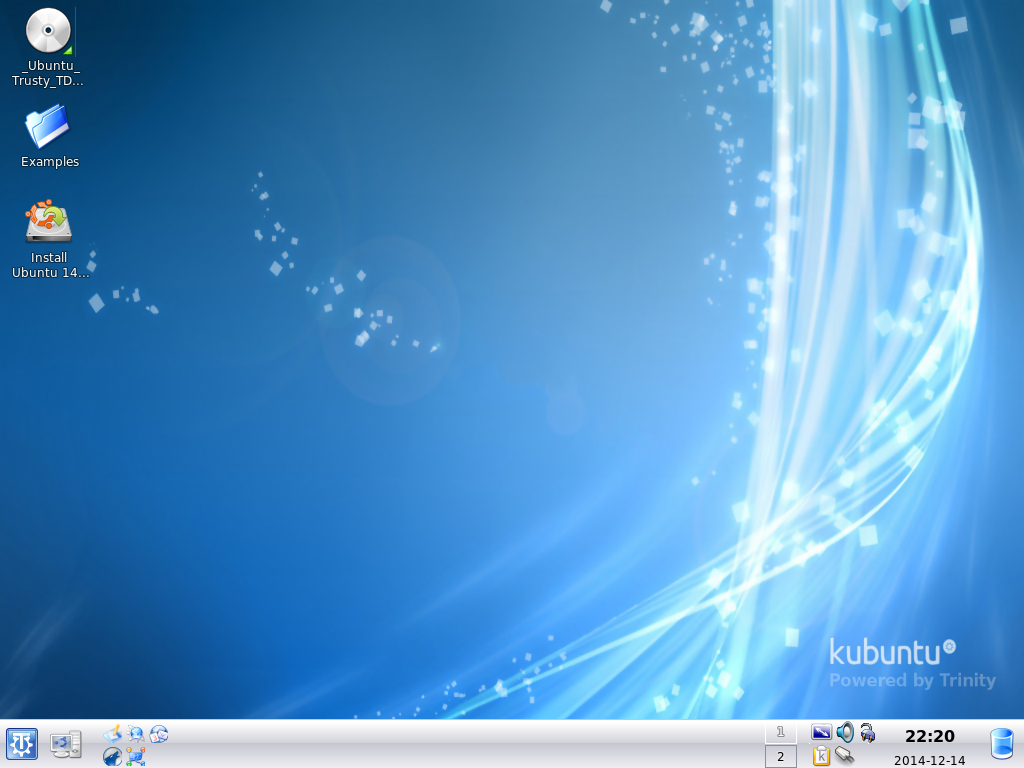 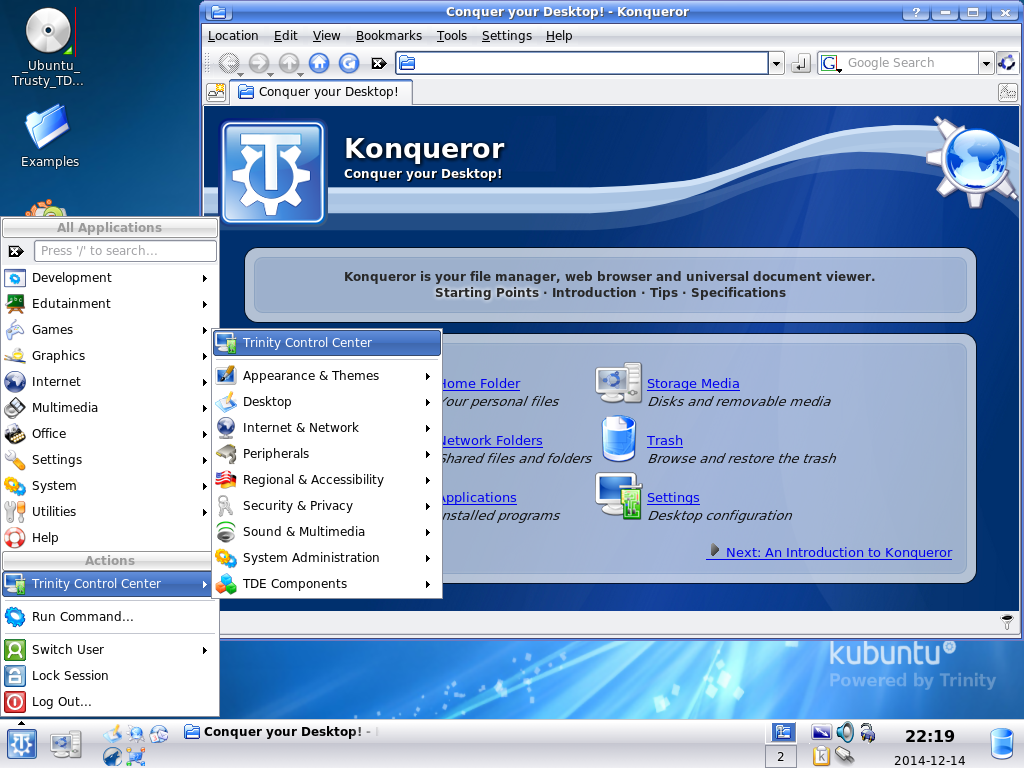 Unlike previous releases TDE R14.0.0 has been in development for over two years. This extended development period has allowed us to create a better, more stable and more feature-rich product than previous TDE releases. R14 is brimming with new features, such as a new hardware manager based on udev (HAL is no longer required), full network-manager 0.9 support, a brand new compositor (compton), built-in threading support, and much more!

Also new in this release is a change from the KDE v3.5.x series versioning. In line with our new, separate identity, and to avoid incorrect comparisons with KDE SC based on version number alone, we are dropping the old versioning scheme and replacing it with our new R-series versioning scheme. Each new release from this point forward will be identified with three numbers prefixed with an R (standing for "Release"); the first number is the major series, the second is the minor series, and the last is the Stable Release Update (SRU) identifier. A stable series will be indicated by a single Rxx.yy identifier, e.g. R14.0. Major overhauls of the codebase that significantly and permanently change the way TDE functions, such as the transition from HAL to the TDE Hardware Library or the new style engine, will only occur when the major series number increments. Normal, incremental development, including new features, will be indicated with an increment of the minor version number. Bug fixes backported to a stable series (Rxx.yy)--with no new features or changed functionality--will be indicated by an increment of the SRU identifier alone.

Live CDs with TDE R14.0.0 preinstalled are available on the LiveCDs page.

The following is a list of the major improvements TDE R14.0.0 includes.

This is a non-comprehensive list of other significant changes made in R14.0.0.

The following applications have been added in this TDE release.

The Trinity Desktop Environment (TDE) was forked by Timothy Pearson in 2008 from the last official release of the K Desktop Environment's third series (KDE3), version 3.5.10. It existed as a set of modified KDE3 packages for Ubuntu until 2009, when it was merged onto a proper source control system (KDE SVN) and rebranded as TDE. Shortly thereafter, TDE's core infrastructure was created utilizing spare computing capacity from Raptor Engineering; these infrastructure resources currently include the world's only Launchpad system based outside of Canonical Ltd. As the project grew, the TDE team migrated off of KDE's SVN server onto our own GIT server and has been completely independent from KDE from 2011 onward.

From the beginning of the TDE project, individuals from around the world have contributed to TDE, and our original desire to provide a powerful, functional desktop environment in the traditional style has been upheld. The TDE project still is led by Timothy Pearson utilizing Raptor Engineering's computing resources. TDE currently is growing faster than it ever has before, with many new contributors--and our dependable core team of developers--helping to add new functionality, repair bugs, answer questions on the mailing lists, and increase TDE's overall quality.

TDE fits into a niche similar to that of the MATE project for Gnome, but TDE is geared more toward those who want a productive, efficient interface with a high customization potential. Our dedicated team is continuing to refine TDE instead of rebuilding it from scratch; this prolonged development is something rarely seen in the open source applications arena. While our niche position may not be as glamorous as some of the larger projects such as KDE and Gnome we believe TDE is no less important to those who rely on it and use it in their daily work, and we hope that in the future our niche will continue to grow.