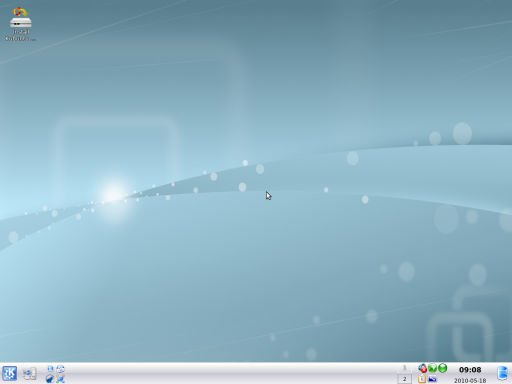 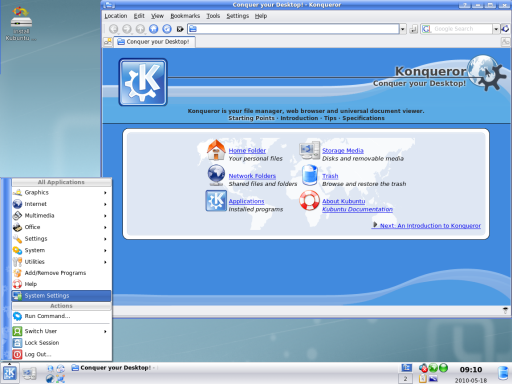 KDE3 development has been handed off to the Trinity project, and all of the Trinity code is now in a KDE SVN branch, from which packages are built on a regular basis. Many bugs have been fixed and new features have been added; a partial list follows.

The Trinity source has been modified to build with the latest versions of GCC (gcc v4.4 at release time). Additionally, compatibility with the newest versions of external shared libraries has been added.

The Trinity run dialog has finally been given proper filesystem autocompletion, in addition to the standard history-based autocompletion. 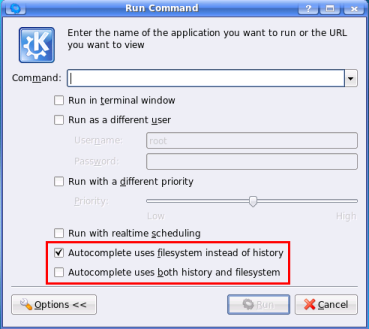 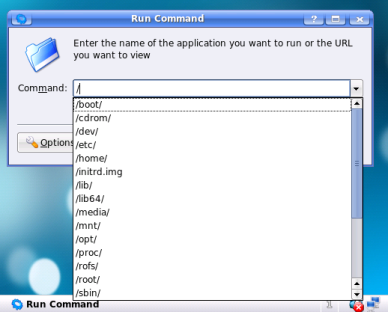 The System Tray icon size is now configurable, per the applicable Free Desktop specification. NOTE: While most, if not all, Trinity applications now support resizing, many third party applications do not. If you encounter an application that displays incorrect images at system tray sizes other than 22x22 pixels, please report that as a bug to the original application developers, not the Trinity project. Due to the way system tray icons are handled in X11, there is nothing the Trinity project can do to alter this situation. 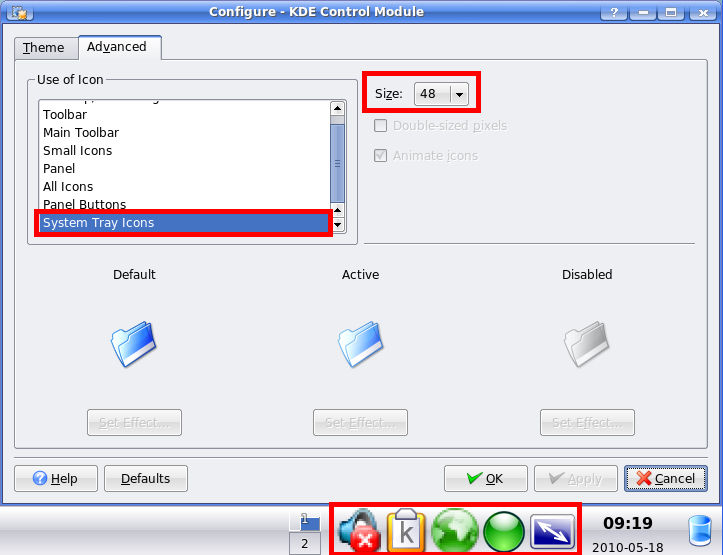 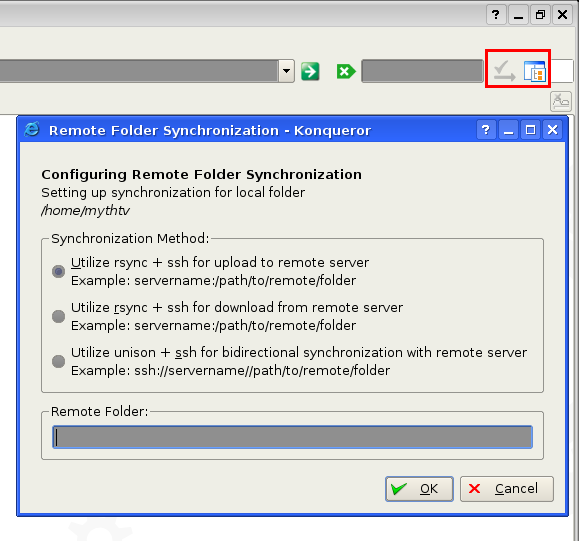 For the Linux graphical artist, or someone with a new LED-based laptop screen, Trinity now contains built-in ICC color profile support. The specified color profile is loaded by KDM on system startup, and is easily changed from the K Control panel.

Additionally, ICC support has been updated to allow for multiple profiles and automatic application of specified color profiles to individual display outputs. This is perfect for users with laptops and external monitors; simply switch monitors and your color profile is automatically applied! 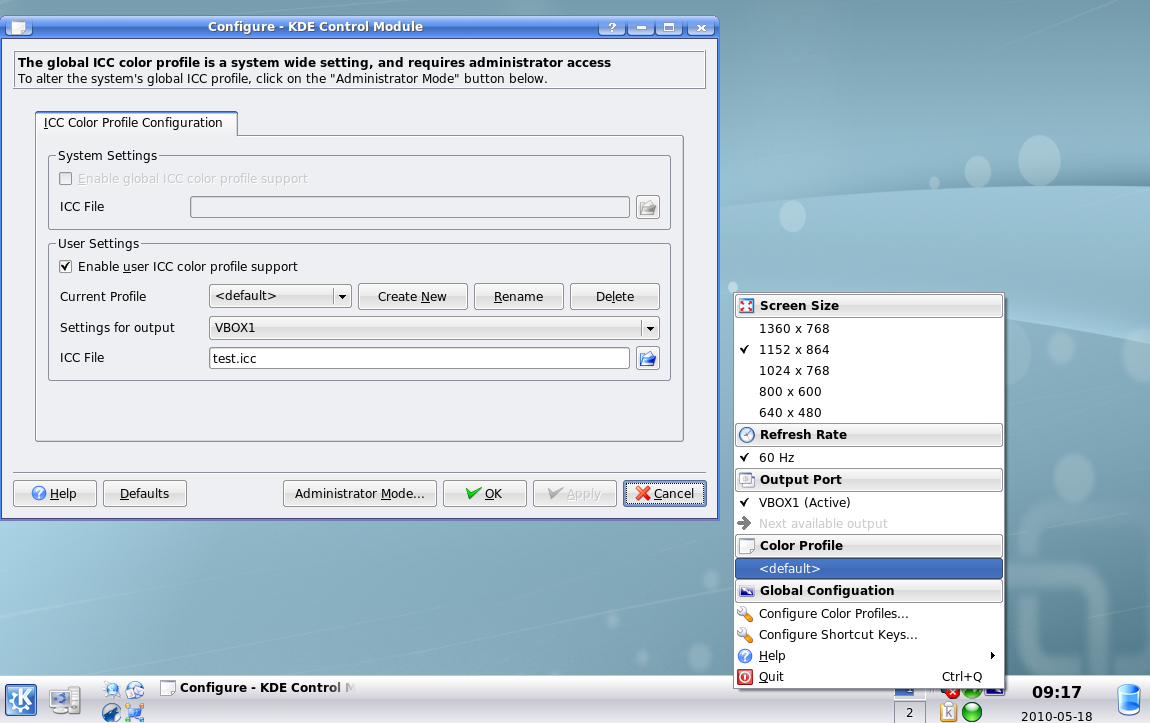 It is now easier than ever to access the task manager when a program is running amok. Simply right-click on an empty area of the taskbar and select Launch Process Manager! 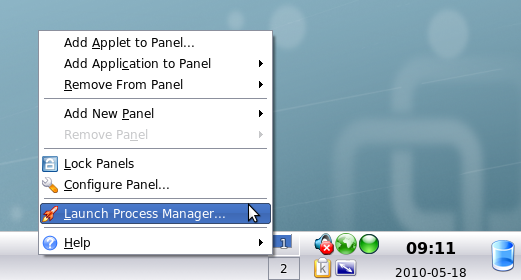 The Panel has been updated to allow for a custom K Menu icon, optional user-defined text in the K Menu button, and a configurable number of recent documents 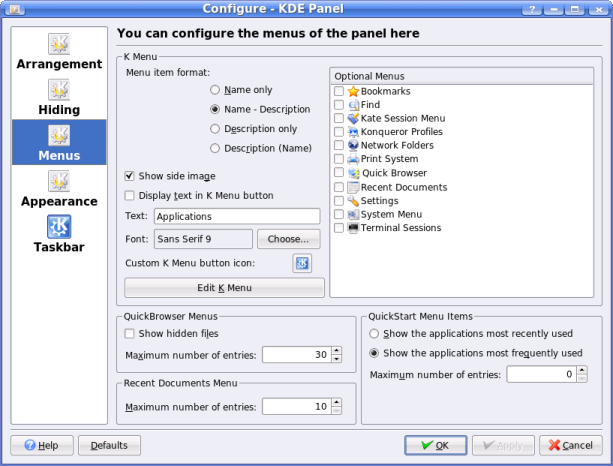 One-click PDF rotation has been added.

Now supports an arbitrary number of processors, not just two as in the past

KNetworkManager has been significantly rewritten to handle the new NM 0.8 backend, as well as incorporate several UI enhancements and true VPN support 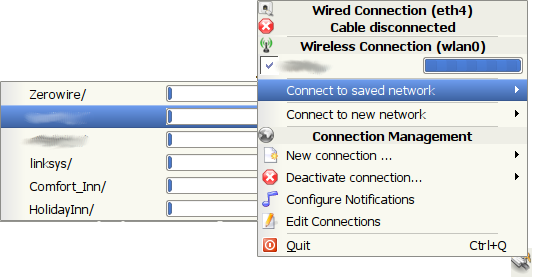 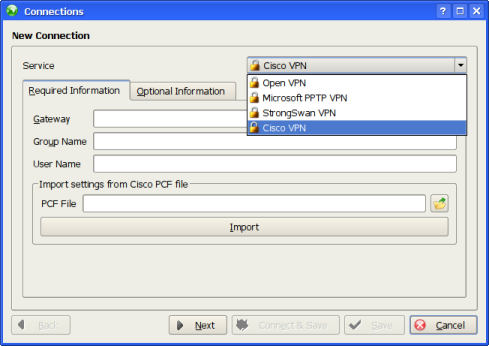 KRandrTray now allows switching of the video output device; this is especially useful for business laptops and presentations The display switch key sequence (Fn+F7 on most laptops) will cycle through available output devices by default; however you can reconfigure the key sequence to use as shown below: 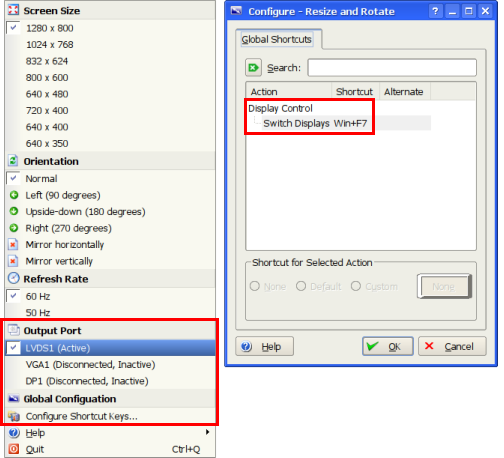 Trinity now contains a utility that allows the use of a SmartCard? for KDM logon and screensaver lock/unlock. It also provides time-management functions and will even switch to the users existing graphical terminal on multi-user systems on card insertion! 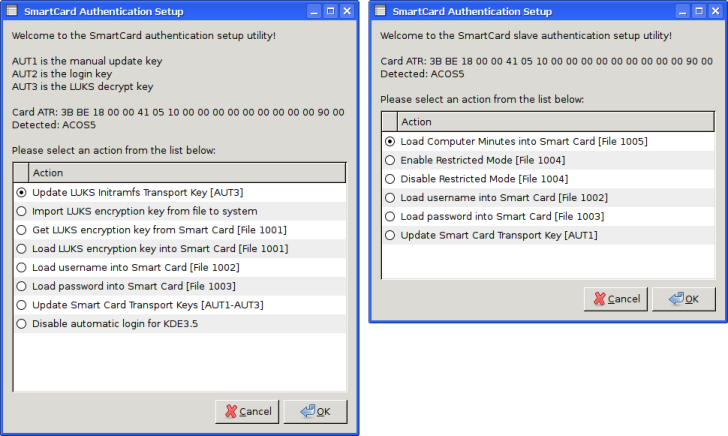 All KInfoCenter modules have been moved to KControl in order to provide a central location for system configuration information.