This could very possibly help with some issues by ensuring you are using the latest ports and base system packages. Follow the next step if you want to mix ports and packages.

Make sure you do this if you are going to install anything via pkg beforehand, or are installing TDE in a non-clean environment.

To avoid building some things that would be much quicker to avoid, we can use pkg to fetch and install core dependencies instead of compiling every dependency as a port. As of 2 May 2022, some package libraries from the "quarterly" branch are older than what some TDE applications are looking for. devel/icu is a notable example. Therefore, it is recommended that we use the latest repository which has the same versions as the Ports Collection. If you haven't, you can do this the following way:

You then need to edit the original /etc/pkg/FreeBSD.conf in your favorite text editor (as root) and make sure its disabled by setting enabled: yes to enabled: no

After editing that, edit /usr/local/etc/pkg/repos/FreeBSD.conf and change the

You can now run pkg update which will re-generate the list with the latest branch of packages. If you are in a non-clean environment (i.e you already have another wm/desktop environment and were using quarterly), please run pkg upgrade before proceeding with the next step.

Installing git and other core dependencies

After making sure we are on the latest branch of packages, we will need to install git to obtain the files from the Trinity Gitea Workspace as well as some other core dependencies to avoid building them later: 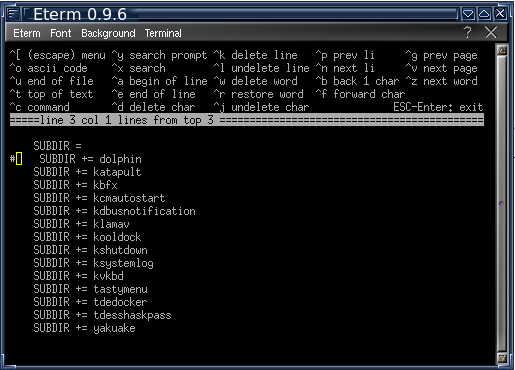 You may run into a snag during the build process. Even if you fix it yourself, it would be great to write a bug report to TGW here. This will help improve the quality of the port by locating and indicating the severity of a bug so it doesn't happen again in the future. This section should cover known issues. 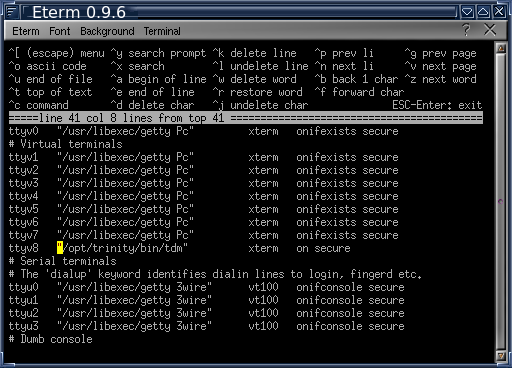